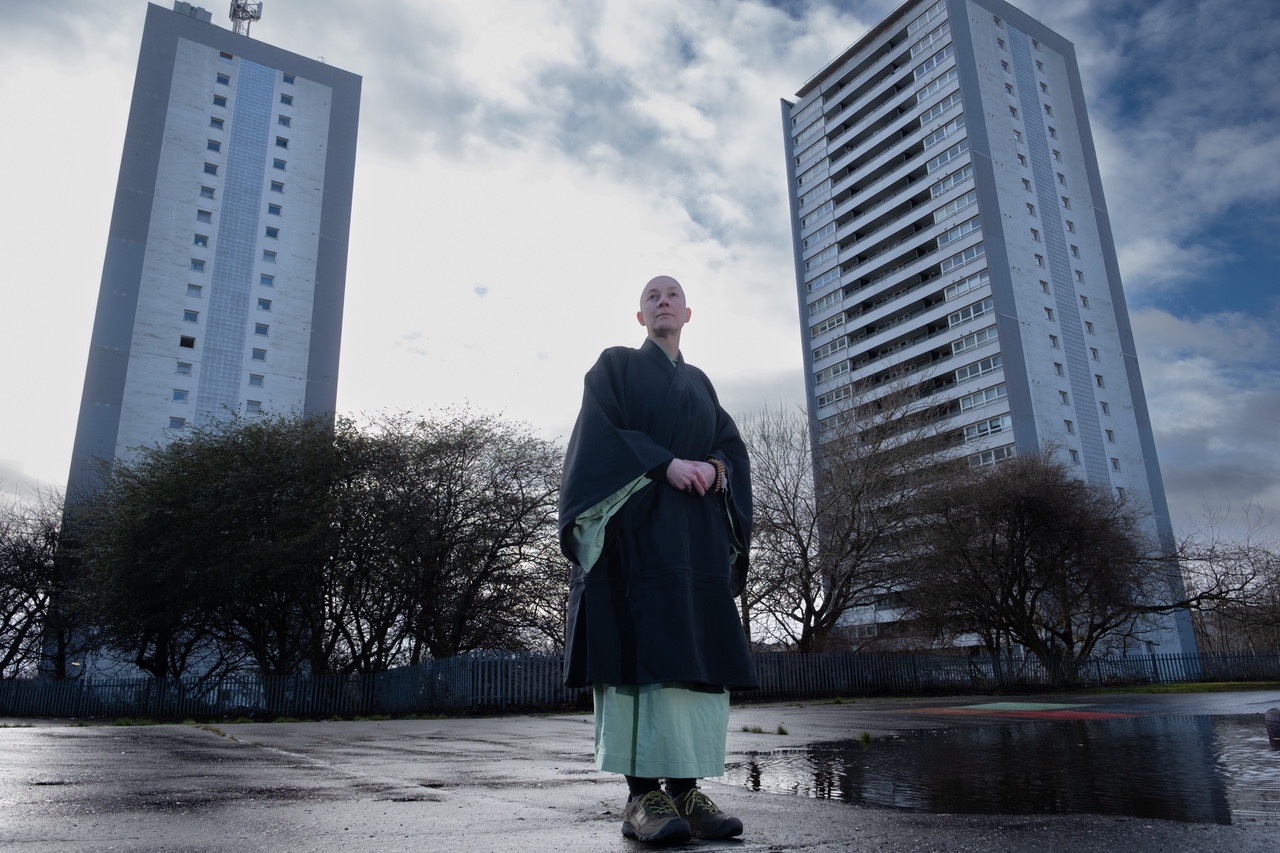 i am an american-born new scot from the desert of central arizona, now making my home in glasgow. philosopher by training, i am also a gardener, photographer, video artist, painter, poet, and zen buddhist monk. my first book, from outside into the cave, is a small collection of my poems and paintings. my poetry is published regularly at Buddhistdoor Teahouse.

my government name is stephenson — now stevenson, as my husband took my surname when we married, and we decided to change the spelling — but i have been known by my dharma name, daishin, since 2009. i served as the head monk at the sitting frog zen centre in phoenix, arizona, for three years, and am now a monk in city cave zen sangha. i ministered to homeless people in seattle, washington, and now teach zen to whoever asks me, wherever they ask. i host an online meditation on mondays at 6pm scottish time.

i am a radical feminist, an ecosocialist, a privacy advocate, and a passionate supporter of scottish independence. my other passions include urban ecology, public transport, the right to green spaces, social housing and universal healthcare. my husband and i live in the wyndford housing scheme in a hermitage we named comraich airson lusan leònte/wounded plant sanctuary because of my habit of rescuing plants that the nearby supermarket is about to throw out.

on this blog, i post my photos, art and poems, my writing about zen, and whatever random musings my brain generates.

if you have an enquiry or comment, send me an email at daishin@airpost.net.